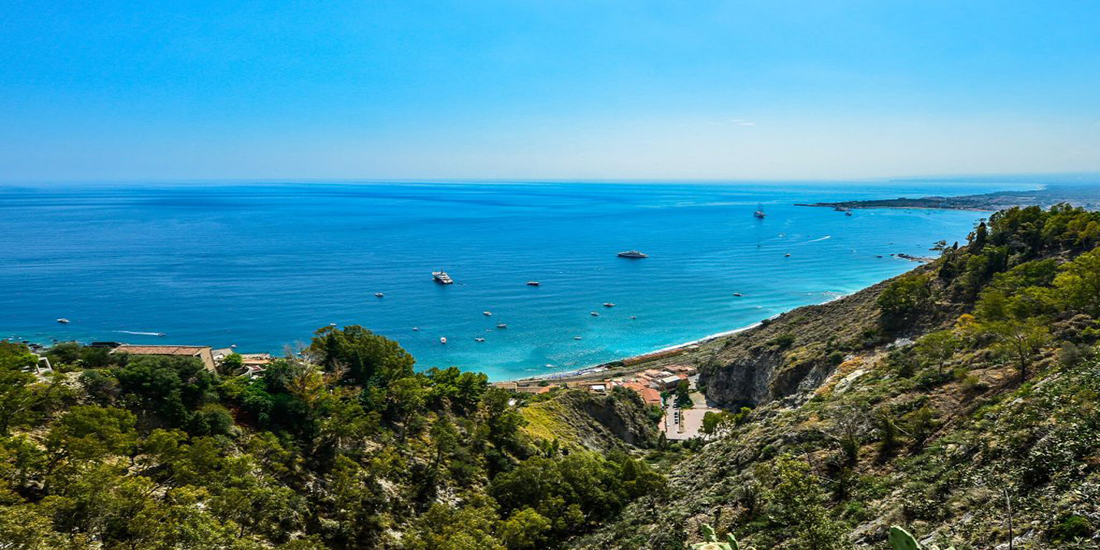 After talking about two jewels of the Roman Empire, Caesarea and Baia, now it’s time to go another 800 years back… to a period when Greek culture reigned supreme over the Mediterranean. Athens and Sparta, with their culture and art, were the great cities of the period, while Rome was little more than a tribal village.

Centuries before Pericles and Alexander the Great brought Greece to the very apex of its power was the Archaic period, which at the time, was the benchmark for culture. The delicate decoration of their amphorae, the spectacular details of their pictorial art and statues…

To address the growing issue of land shortages within Greek territory, colonies were created, particularly in Sicily, whose east coast was quickly Hellenized.

A few centuries later, the great thinkers of the day found refuge from the infighting that would lead to full-blown civil wars (as was the case with the Peloponnesian Wars). This was how Pythagoras founded his own school in the south of Italy at Crotone, before disseminating his philosophy to other newly found cities like Taranto and Syracuse.

And later, Archimedes would actually be born in Syracuse, where he gained fame for his inventions and research in physics and mathematics at the court of Hiero II.

Giardini-Naxos: The First Greek Colony of Many

In 735 BCE, Greek colonists from Chalcis (just north of Athens) founded the first colony on the large island. There trade developed rapidly with the surrounding bay and went as far as present-day Taormina. From a simple trading post, the village quickly became a small city, the remnants of which are still visible to this day. Several artefacts have been restored and preserved by archaeologists in the archaeological park in Giardini Naxos.

Then came Syracuse in 734 and Catania in 725. All of these colonies were established on the eastern coast of Sicily which would have a major effect on trade with Northern Africa or Campania on the Italian mainland, including Cumae, a trading post founded by the Greeks in 750 BCE.

Vestiges of this once bustling trade network can still be seen, whether just off the coast of Aci Trezza or submerged in the bay between Naxos and Taormina. These shores are lined with amphorae, anchors and much more, all testaments to the region’s bustling activity 2500 years ago.

Greek Sicily at its Peak: Syracuse and Agrigento

Despite only being founded in 734, Syracuse would a few centuries later become the capital of Sicily, and of all Magna Graecia (Sicily and Southern Italy). Tyrants such as Dionysius the Elder (make a visit to The “Ear” of Dionysus in the archaeological park in Syracuse, just to get an idea of him as a person!) and Hiero II (with his famous ship, the Syracusia, designed by Archimedes and sometimes reported as the largest transport ship of antiquity) would eventually bring stability, after many a civil war, to the region and to the Mediterranean as a whole. Another example of the richness of Greek culture in Sicily is the incredible city of Agrigento, with its temples lining the hill that dominates the cityscape, clearly influenced by Athens, its acropolis and its urban planning. To this day we can easily imagine how impossibly beautiful the city must have been in its glory days, and how massive it was with its agora. The city’s archaeological museum gives a fairly precise idea of how strongly Agrigento was influenced by Classical Greece, with its artists and its grandiose building projects making the city as memorable as it is, even to this day.

Yours to discover and more with our Taormina-Naxos package…