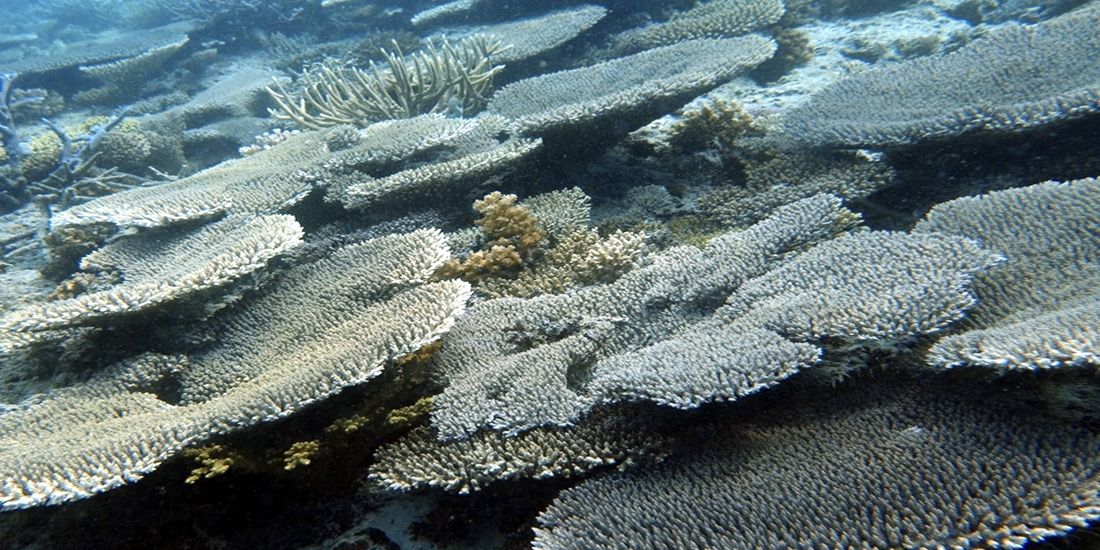 Coral Reefs, or the Disappearance of an Essential but Very Fragile Ecosystem

Coral reefs are in trouble and could even disappear completely… And this isn’t just me catastrophizing, it’s the sad but current truth. And climate change, and the impact of humans via fishing or diving has a big part to play in this.

These fragile but complex organisms, half animal and half plant, simply can’t cope with rising ocean temperatures, even if the rise is only by a few degrees and lasts for only a few weeks. The algae that forms part of the coral disappears, the polyp that feeds off the algae eventually dies and the coral skeleton is slowly consumed by parasitic algae, which gradually deprives these structures of all of their life. These reefs are home to legions of fish and crustaceans, and its rocks and its networks of coral house countless species, from massive green moray eels to the young of many a sea creature.

News of these ecosystems’ quickening disappearance has saddened nature lovers around the world and is a true ecological catastrophe for the planet.

Since we’ve been aware of the disappearance of coral reefs for quite some time, solutions and remedies are gradually being put into place. Thanks to a motivated few who have refused to give up hope, we’ve recently been able to bring the latest discoveries in marine biology directly to the reefs. Different countries and universities, no matter where they’re located and no matter what obstacles they face, have each contributed their own knowledge and resources to fight for these ecosystems.

One of the first steps in protecting these reefs is to study them. To better understand the impact of humans, temperature and other natural factors, nothing beats an in-depth study of the coral itself, of the many species that coexist in a single reef. That’s Reef Check’s mission, as an organization that has developed a complete metholodogy on reef study. Their technique is simple: a 100m-long line is attached to the reef to mark out the zone of study. All along this line, divers count the fish, crustaceans and different types of coral they see… based off of a pre-determined list of species to look out for. The variation in the amount of species in a single zone gives experts a precise idea of what state the reef is in, of the overpopulation of a certain species to the detriment of another, of the level of bleaching present…

Gili Trawangan or Nusa Lemongan, for example, have centers that are seriously invested in preserving their reefs. They even offer “survey diving” sessions where certified divers can help carry out a Reef Check themselves, the results of which are sent to different universities (here, mostly to ones in Singapore) to be analyzed and studied. The goal of these centers and their Reef Checks is to get a general idea of the state of coral reefs in a given region. Similar studies are carried out in all areas where coral is found.