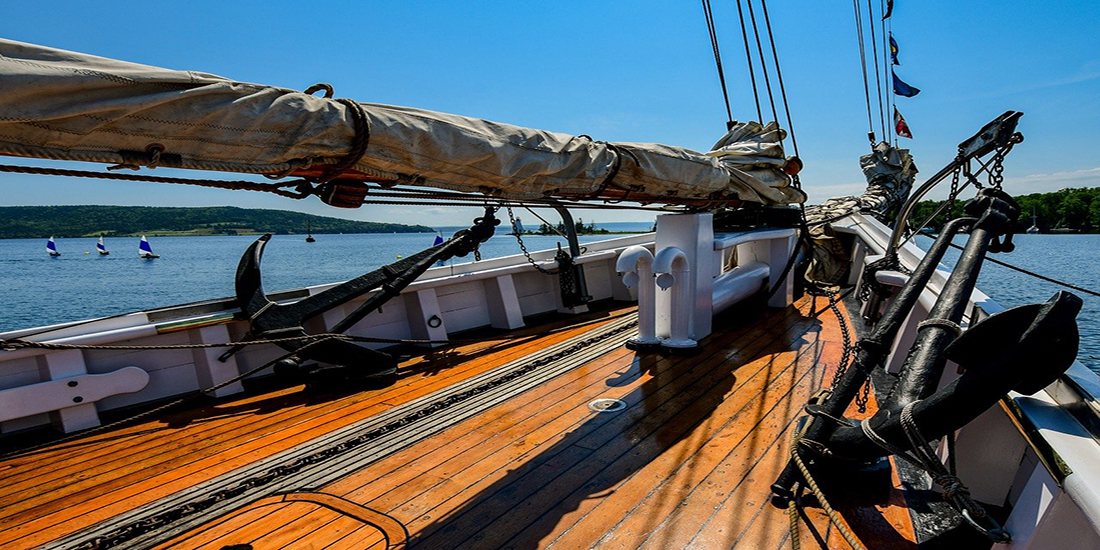 Beaches of golden sand, ramparts that can stand the force of whole fleets, and waters that are a museum for many a multi-mast ship… I could go on and on for days about this fascinating place!!!

Imposing Architecture for a City Once in Ruins

Right off the bat, in terms of aesthetics…the city is stunning, with the spire of the cathedral almost touching the sky. Surrounding the city are its austere fortifications, rectangular and unadorned, shelter from the region’s unforgiving winds. The colour of the sea is constantly changing, from emerald to grey, from turquoise to midnight blue… with waves that threaten to swallow lighthouses whole, and ships that seem like tiny specks amidst the almighty Atlantic. It’s easy to wax lyrical over Saint-Malo, a martyr of a city, heavily bombarded by the Americans in 1944 to defeat the last 60 Germans within the city walls… Burnt almost completely to the ground, the city was fully reconstructed after its liberation to its pre-war design.

From Surcouf to the Shipwrecks of WWII

Nothing like a pint of cider, a full serving of prawns, and some Normandy butter spread on a thick slice of freshly baked bread to clear your head… Now back to exploring the city, birthplace of Jacques Cartier, the “discoverer” of Canada, and of Robert Surcouf, a French privateer (or pirate in the eyes of the English!). From the start of the 20th century onwards, the city became a popular seaside resort. And while Saint-Malo was occupied during WWII, it was here in Saint-Malo Bay, where the Allied forces managed to sink some of the German navy’s most prized ships, the remains of which attract shipwreck lovers from far and wide.

Nowadays, Saint-Malo is home to sleek competition boats and multi-mast ships that fly on the water, to the Route de Rhum and other legendary sailing events. It’s here where you’ll find sailing enthusiasts that push the limits of their sport, challenging the ocean itself on nothing more than glorified rowboats!

Besides the thrilling exploits of these modern-day adventurers there’s ADRAMAR, the world-renowned institute for underwater archaeology, which conducts excavations led by explorer-researchers who are experts on the Bay’s shipwrecks and history. Let Emmanuel Feige, manager of the Saint-Malo Diving Club, transport you back in time with stories of shipwrecks and sunken warships that are located just a stone’s throw from the city’s port, stories of wild dreams and reckless adventures all along the Brittany coast.

Going past the ramparts and the flying sea-spray, you’ll finally arrive at the beach, and more importantly the ocean. After seeing all the sights above the surface, now it’s time to see what’s below! I recommend shelling out for a 7mm wetsuit, or even a drysuit, to face water that is of mixed visibility and quite green!

With shipwrecks from every period, from the time of privateers to the Second World War, and from the early 20th-century with its giant steamships to present day, history is at every turn in Saint-Malo!!!